CCR News: Not my President’s Day

Not my president's day 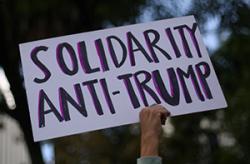 Last year marked the first "Not My President's Day" with a series of rallies against Donald Trump, held on President's Day to show that Trump's values don't align with the values of the majority of people living in the United States. Events were held in dozens of cities including New York City, Los Angeles, Chicago, Austin, Atlanta, Philadelphia, Denver, and Washington, D.C. Demonstrations also took place outside London's Houses of Parliament, and in Orkney.

This year, organizations across the country are planning events for today that support progressive agendas. Below is a sampling of events where your participation will send a message to Trump that you don’t agree with his disregard for the rule of law and bigoted, regressive, and dangerous policies.

"I am Somebody" / Brick by Brick - Black Stories: A groundbreaking documentary about a successful 1969 union strike led by Black hospital workers that Civil Rights leader Fannie Lou Hammer hailed as "of decisive importance to all of us." Exceptional in its clear-eyed depiction of class struggle, women's experiences, and the financial disparities and racial inequities often concealed by Charleston's tourism industry. Nickelodeon Theatre, 1607 Main St., Columbia, South Carolina 29201, 6:30 p.m. - 7:30 p.m.

Rally and oral argument in Ashker v. Governor of California 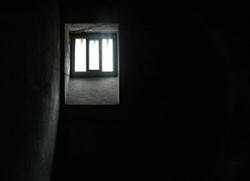 Please join Center for Constitutional Rights (CCR) and partners Friday for a rally and oral argument in Ashker v. Governor of California, a federal class action lawsuit on behalf of prisoners held in solitary confinement in California’s Pelican Bay State Prison and throughout the state.

Since the case settled in 2015, the CCR and co-counsel have been monitoring the California Department of Corrections and Rehabilitation as it ends indeterminate solitary confinement.  In the course of that monitoring, CCR developed evidence that many class members have been released to "general population" units where they are forced to spend the same or more time locked in their cells as when they were in solitary, with little to no rehabilitative or educational programming.

At 12 p.m. PST, Friday, February 23, there will be a rally outside the San Francisco Courthouse, U.S. District Court at 450 Golden Gate Ave., San Francisco, CA 94102. At 1 p.m. PST, CCR Cooperating Counsel Jules Lobel will be arguing a motion challenging these SHU-like general population units as a violation of the settlement agreement. Please arrive early to clear through security. ID may be required.