CCR is joining a coalition of groups in a Week of Action beginning today in support of the Divest from the War Machine campaign. The campaign calls on individuals and institutions to divest from companies that engage in and profit from militarism and war-making, in order to reduce their influence in policy-making, support reinvestment in services and programs that meet human needs, promote human rights, and achieve a more peaceful world.

Divestment is a tactic with a proud history, from the movement against apartheid in South Africa and the 2005 global call for boycott, divestment, and sanctions against Israeli violations, to more recent efforts to promote divestment from environmentally-destructive industries, private prisons, clothing manufacturers who violate fair labor practices, and nuclear weapons producers. It's past time to add militarist enterprises to that list.

Check out our blog about the campaign this week, and learn more on their website.

We say the courts, not Trump, will decide the fate of Guantánamo prisoners held without charge or trial. Like many of you, we watched one of the most disgusting State of the Union addresses ever given and were appalled at the lies and racist attacks on immigrants throughout Trump's speech. While we joined allies in outrage, we also called attention to his announcement that he'd just signed an Executive Order to keep Guantánamo open. We responded in a statement that his break from the two previous administrations' position that the prison should be closed for moral, national security, and diplomatic reasons "is unsurprising given Trump's deep-seated racism, his well-documented antipathy toward all Muslims, and his endless puffing and posturing. The entire Trump White House is stacked with white supremacists who are blinded to reason by ignorance and bigotry."

But, we said, "Trump's executive order is not the last word on the fate of Guantánamo, any more than his attempted Muslim bans and arbitrary transgender military ban—struck down by the courts—were the last word on those matters." We recently filed a new legal challenge to the illegality and racism driving Trump's Guantánamo policy and demanding detainees' release. "It is the courts," we said, "not the authoritarian-in-chief, that will ultimately determine the fate of the men detained at Guantánamo."

The court ordered the government to respond to our motion later this month. Visit CCR's resource page for more information on the mass petition we filed on January 11, the 16th anniversary of the opening of the prison at Guantánamo. 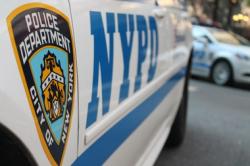 In response to last week's announcement by Mayor Bill de Blasio and Commissioner James O'Neill that the NYPD will be speeding up the expansion of its body-worn-camera program before the court has evaluated the pilot program ordered in our landmark stop-and-frisk case, Floyd v. City of New York, lead CCR attorney in the case, Darius Charney, asked, "Why is the NYPD rushing to spend tens of millions of dollars to expand this program when the Floyd court-appointed Monitor has yet to complete his evaluation of the court-ordered body-worn camera pilot?" He continued, "There is no data or analysis yet on whether the cameras are improving officer behavior or the quality of police-civilian interactions. The whole purpose of the Floyd pilot is to use its results to inform decisions about whether or not to expand the body-worn-camera program. The NYPD decision today seems extremely premature."

On Wednesday, we submitted a filing to the International Criminal Court (ICC), concerning two men detained at Guantánamo, CCR clients Sharqawi Al Hajj and Guled Hassan Duran.The filing was in support of the ICC Prosecutor’s request to open a formal investigation into crimes in and related to the armed conflict in Afghanistan. The filing, which includes the two "victim's representations," draws from publicly available information to detail the treatment, including torture, that the men endured in CIA black sites, proxy-detention, and DOD facilities, as well as their ongoing indefinite detention at Guantánamo, elaborates on the importance of an ICC investigation into these international crimes, and elaborates on the suggested scope of the inquiry to ensure the investigation captures the full liability of those who bear the greatest criminal responsibility. The CCR calls it a long-awaited opportunity for accountability.

"Impunity has been the norm for U.S. officials who created and ran a torture program that centered on 'black sites' and other detention facilities in Afghanistan, but extended to other black-site host countries, including Romania, Poland, or Lithuania, and 'proxy-detention' sites in places like Jordan," said CCR Senior Staff Attorney Katherine Gallagher, who serves as victims' representative for purposes of last week's submission to the ICC. "We have long sought accountability for U.S. violations, both domestically and abroad. Now the victims of these grave crimes have the opportunity to present their view that the ICC must take action to hold U.S.-actors accountable."

An ICC prosecution is crucial to demonstrate that no one is above the law regardless of their power or position, that those who bear the greatest responsibility for serious international crimes will be held accountable and not enjoy global impunity, and that all victims of serious crimes can and will have their claims heard and adjudicated by an independent and impartial tribunal. We also urge the ICC to include CIA proxy-detention and continuing crimes at Guantánamo in its investigation, to consider crimes against humanity as well as war crimes for U.S. actors, and to include senior civilian and military leadership as well as private contractors among the potential perpetrators to be investigated for possible prosecution in The Hague.

CCR has long sought to hold Bush administration officials accountable for their role in the torture of detainees at Guantánamo, Afghanistan, and secret "black sites" around the globe.