CCR News: Private prison contractors can’t stand in the way of the public’s right to know

Earlier this summer, the GEO Group, one of the two largest private prison contractors in the country, filed a petition with the Supreme Court, seeking to prevent the government from releasing information about its immigration detention contracts with private prison corporations. Detention Watch Network and CCR successfully sued under FOIA for the Department of Homeland Security (DHS) and Immigration and Customs Enforcement to make this information public. 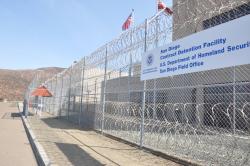 In suing to make these documents public, we hoped to aid in efforts to better understand the detention bed quota system and its effect on families and individuals in immigration detention. The quota has helped render immigrants, including children and families, a source of profit for contractors, including the private prison companies who operate at least 62% of the immigration detention “beds.”  We won in the district court; Judge Lorna Schofield ordered the government to turn over the terms and conditions of its private contracts. GEO is attempting to overturn a ruling from the Second Circuit that says the corporation doesn’t have standing to appeal a decision that the government itself has chosen not to appeal.

As convoluted as that sounds, the law has been clear for 40 years: a company can’t sue under FOIA to prevent the government from disclosing records. GEO is trying to flout this law, while also using this filing to delay the process of transparency even longer. On Friday, CCR filed our brief in opposition. While we believe GEO’s case is meritless, if the Court were to agree to hear the case, the outcome could potentially mean terrible things for the future of FOIA.

We will not allow a private prison contractor to take the place of the government and stand in the way of the public’s right to know. Furthermore, with the Trump administration creating the perfect climate for private prisons, mass detention, and mass deportations to flourish, shining a light on immigration bed quotas and the secrecy surrounding them has never been more important. We will learn later this fall whether the Court grants cert and will keep you posted. 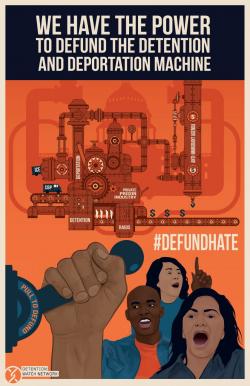 Our friends at Detention Watch Network have launched a new campaign: #DefundHate. Trump wants to use your tax dollars to finance his anti-immigrant agenda in the government’s fiscal year 2018 budget, all while making devastating cuts to things like health and education that are critical to healthy, thriving communities. Money is one of the only barriers to the Department of Homeland Security fully enacting its hate-fueled detention and deportation regime.

It’s time for our elected officials to do something about our abusive and deadly immigration enforcement system. Tell your members of Congress to vote no on Trump’s request for money to fund the detention and deportation of immigrants. Tell them to stand with the immigrant community and to #DefundHate.