On Friday, White House chief strategist Stephen Bannon was dismissed from his position at the White House. And while we are gratified by his departure, it's important to remember that his legacy remains, both in the White House and through the dangerous upsurge in white ethno-nationalism around the country he has helped spark. In a statement, CCR executive director Vince Warren said:

Justice is a process, not a human resources decision. Let's keep our focus on the root of the problem, not just what blooms.

The firing of Steven Bannon should be claimed as a peoples’ victory, a win for the resistance movement that has continued to make clear that we will not accept white supremacists in the White House. Which means, of course, our work continues.

Bannon was the architect of a presidential candidacy and administration founded on a white supremacist, racist, anti-Muslim, anti-Semitic, misogynistic and ablest nightmare. Bannon championed white ethno-nationalist, anti-Muslim propaganda as the helm of Breitbart News, which he translated into policy proposals at the White House, including drafting the Muslim travel ban, undermining the rights of workers, plans to disenfranchise voters of color, and supporting a bill to slash all documented immigration into the U.S. by half.

He concluded, "But our resistance is strong. And we’re keeping our eye on the prize as Confederate statues are toppled around the country and all those who believe in justice take to the streets. As we said upon Trump’s election, 'Together with all those who value freedom, justice, and self-determination, we must resist and prevent at all costs a slide into American fascism.' Resistance is, and will remain, our civic duty."

CCR has a long history of challenging overbroad and warrantless government surveillance, something that has ballooned since 9/11. To that end, we have submitted an amicus brief in a case that could decide the constitutionality of such surveillance, urging the Supreme Court to take on the case of Mohamed Osman Mohamud. 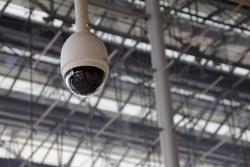 Mohamud v. United States is one of the first cases to reach the federal courts challenging the constitutionality of the FISA Amendments Act, the surveillance statute passed in 2008 that authorized incredibly broad surveillance of international communications under the PRISM program revealed by Edward Snowden. Congress enacted the FISA Amendments Act (FAA) after then-Senator Obama switched positions and agreed to vote for the bill. The FAA completely dismantled the target-by-target formula for surveillance under FISA. Prior to the FAA, surveillance orders could only authorize the government to monitor specific individuals or facilities. Under the FAA, by contrast, the government now merely tells the court that it intends to carry out a whole program of surveillance targeting some broad category of unnamed individuals.

The U.S. government hid the fact that they were surveilling defendants in criminal cases, but once the information became public, began informing defendants that they had been subjects of FAA surveillance. Mohamud was one of the first to receive such notice. He lost his constitutional challenge to the FAA in his trial court and the federal Court of Appeals for the Ninth Circuit, and he is now asking the Supreme Court to grant certiorari, review his case, and hold that the FAA violated the Fourth Amendment because it permits open-ended surveillance of Americans' international communications without any individualized cause or meaningful judicial oversight.

The Supreme Court will likely decide whether or not to take the case before the end of the year, and it absolutely should. As senior managing attorney Shayana Kadidal wrote on the CCR blog, "Mohamud v. United States presents a ripe opportunity for the Supreme Court to decide the constitutionality of FAA once and for all. It has evaded review for years, and the Court should grant certiorari to decide, at long last, whether this scheme, which grants the government a frightening level of authority and the rest of us very little in the way of privacy, is consistent with the Fourth Amendment and the separation of powers."

No one is above the law, not even the president

If you weren't able to attend Netroots Nation in Atlanta last weekend, you can watch video of the panel featuring Vince Warren and Washington State Attorney General Bob Ferguson, moderated by Darcy Burner. Over the 90 minutes, the three had a lively and insightful discussion about fighting the Muslim Ban, suing the Trump administration, Jeff Sessions, and working with grassroots organizations.

What we're reading this week, post-Charlottesville

A week has passed since the tragic (and all-too-predictable) events in Charlottesville, and many of us are feeling unsteady, frightened, devastated and angry. In righteous outrage, we stand with communities on the frontlines of the resistance who are working to dismantle white supremacy everywhere, from atop Confederate statues to within police departments. As Vince Warren wrote the day after DeAndre Harris was beaten by a racist mob (in view of the police station), Heather Heyer was murdered by a white supremacist, and Trump remained silent, "CCR stands with those who are the most vulnerable and at the forefront of the resistance; those for whom the fight is not ideological, but a matter of life and death; and those who have the solution to the problems, if the world would only listen to them." We will continue to fight back, and to stand with and support our friends on the frontlines. Here are some readings that offer context on Charlottesville and solid actions that you can take to support the fight.

What Trump gets wrong about Confederate statues, in one chart: "Trump is correct that the protest was nominally about protecting a statue. But the notion that that somehow means the protest wasn’t about racism is flat wrong."

'Freedom Fighters' Targeted After Statue Toppling in Durham: City officials who are "targeting freedom fighters" who participated in the action "are not only complicit in white supremacy but are uplifting white supremacy, and that makes them white supremacists themselves."

Why the North Honored Confederates: 'These Are Not Just Innocuous Monuments': An interview with Manisha Sinha, Draper Chair in American History at the University of Connecticut and author of The Slave's Cause: A History of Abolition, about the importance of removing reverent symbols of the Confederacy—regardless of the political motivation to do so—where those symbols belong now, and why this domino effect didn't tip sooner.

Yes, What About the "Alt-Left"? "What the counter-protesters Trump despises were actually doing in Charlottesville last weekend."

Black Charlottesville Has Seen This All Before: "The return of violent white-supremacist rallies to the city is a special threat to its African American community, but not a new one."

Charlottesville organizers ask you to take these 8 actions: Here are four specific actions you can do immediately to support Charlottesville, and four actions for you to organize locally.

Ain’t I Latinx? The ever changing identity