#Resist: Resistance is Not Futile

Many of us bid 2016 goodbye with a toast of “good riddance” – what with the deaths of cultural icons like David Bowie and Prince, the Pulse massacre, the horror of Aleppo, and of course the rise of Trumpism. But as we stare into 2017, with the clock ticking away the moments until Donald Trump is inaugurated as the U.S. president, we’re not sure that this year will be any better.

Many people, in fact, are quite certain it will be worse. Hopelessness, fear, even despair are in the air. And between Trump’s extremist cabinet picks, the spike in hate violence after the election, and mainstream media headlines that normalize – legitimize – bigotry and deception, it’s easy to feel paralyzed as well as depressed.

But as I look around, I see people mobilized in collective, effective resistance to the Trump agenda everywhere, and while I’m far from optimistic, I can honestly say that I think this is a moment of great hope for democratic politics.

Last month the Department of Energy refused to turn over to the Trump team the names of staffers working on climate change… and the Trump transition team quickly walked back the demand for the names.

Meanwhile, tech workers organized an extraordinary letter vowing not to help the incoming administration build a Muslim registry. “We have educated ourselves on the history of threats like these, and on the roles that technology and technologists played in carrying them out,” they wrote as most major tech companies remained silent in response to demands (from CCR and others) that they publicly pledge the same, “we stand together to say: not on our watch, and never again.” The letter went from a few hundred signers to well over a thousand in a matter of days (and now almost 3,000), and as it gathered steam and media attention, big tech companies one by one went on record saying they would not provide assistance in building a Muslim registry.

Days later the resistance news moved from tech to culture – massive public outcry forced the Madison Square Garden Company that manages the Radio City Rockettes to “clarify” that individual dancers could opt out of the company’s inauguration performance. The remaining Rockettes will be one of very few acts that appear at all as virtually all artists have refused to participate. The situation prompted a sour-grapes tweet from Trump saying he wanted “the PEOPLE,” not “’A’ list celebrities” at the inauguration. 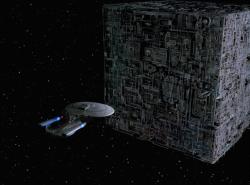 What all these instances of resistance have in common is that they were efforts of ordinary people – tech workers, not tech execs; DOE staff, not political appointees; consumers, not MSG management – that together fought back. And won. It’s not that these battles were the most important ones, or won’t need to be fought over and over again; it’s that the responses showed that we have power if we refuse to go along and we act together.

That power was on display again earlier this week, after House Republicans voted to gut the Office of Congressional Ethics. Less than 24 hours later, amid jammed Congressional phone lines, they dropped the plan.

We have the power to resist, and we must use it. And we are using it.

My news feed is full of stories of resistance – the NAACP sit-in in Jeff Sessions’ office, a letter to Congress from 1,100 law professors opposing the Sessions nomination to the Department of Justice, to name just two scrolling by as I write this. There are protests and organizing meetings every day, and more Facebook event invitations than I can keep track of. New groups and websites – Refuse Fascism, #DisruptJ20, Rise and Resist, What Do I Do About Trump, etc. – are popping up. There are thousands of people signing up for know-your-rights, self-defense, and upstander/bystander trainings. People are in motion; people are mobilizing.

Here at CCR, we are in motion, too. We’re getting ready – along with hundreds of other groups and countless individuals – to oppose Trump’s nominees next week during confirmation hearings. Strategy groups have been meeting for weeks to assess the most immediate impacts and vulnerable communities and sketch out responses and action options. We are in constant communication with partner, allies, coalitions.

It’s also what hope looks like. “The only recognizable feature of hope is action,” the author and activist Grace Paley said. So do yourself as well as your country a favor and take action, wherever you are, however you can participate. I guarantee you will feel better.

I also guarantee that the only way we will protect our civil rights and civil liberties, and our Constitution, not to mention vulnerable people and populations targeted by Trumpism, is if we all take action.

Resistance is not futile. It is our civic duty.

Check out CCR’s “Resources for the Resistance.”

Juneteenth — A Commitment To Black Liberation