As President Obama’s terms in office come to an end, eight years after he entered office he has yet to deliver on one of his most prominent campaign promises: to close the prison at Guantánamo Bay. He is now poised to leave it to the next administration. Though the prison was opened under President George W. Bush, the prison has in many ways become Obama’s Guantánamo, the title of a recent book of essays edited by Jonathan Hafetz, to which CCR’s Guantánamo lawyers contributed. Over the remaining weeks of Obama’s presidency, we will be posting excerpts from their contributions. Below is our first installment, an excerpt from CCR Senior Staff Attorney Wells Dixon’s chapter, “President Obama’s Failure to Transfer Detainees from Guantánamo.” 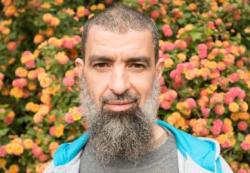 “As is often the situation with Guantánamo, CCR knew [our client Djamel] Ameziane would be transferred back to Algeria before it happened, but could not say anything about it. Ameziane also knew in advance, and he did not take the news well. In the last weeks before his transfer, he was in bad shape. Although he had endured Guantánamo remarkably well, and, shockingly, for many years seemed relatively unfazed by everything that had happened to him since he was captured and turned over to U.S. forces in 2002, he had not been well for the last few years. He had par­ticipated in the hunger strike over the spring and summer of 2013, during which he lost about 60 pounds and suffered other serious physi­cal ailments. Although he rebounded briefly that August, he never really recovered to the point he was at when CCR first started meeting with him in 2007. He had finally lost all hope, it seemed, and when he learned that he would be transferred to Algeria—the one place in the world he did not want to go—he was devastated.

Thankfully, after a very rough start, he has endured and is doing rea­sonably well in Algeria. President Obama callously discarded him, con­fiscating his life savings that he had earned in Canada many years before and leaving him utterly destitute, with little but the prison uniform on his back. But, to their credit, the Algerian authorities so far have not caused him any problems. Ameziane also continues to have the support of CCR and our many allies who advocated for his safe resettlement and spoke out publicly and privately to ensure that he was not mistreated when ultimately sent back to Algeria. He will also forever be grateful to Luxembourg for considering him for resettlement. But nothing can diminish his great disappointment in the United States, which has con­tinued to demonstrate that it does not care whether it ruins the lives of the men it has detained at Guantánamo. After years of imprisonment and abuse at Guantánamo, Ameziane deserved better from the United States. It was not to be, but perhaps in retrospect Ameziane was lucky to be one of the few men released from Guantánamo by President Obama.”

To find out more about Djamel, please visit his client profile and CCR's case page.

Get the book and read the entire chapter, Obama’s Guantánamo: Stories from an Enduring Prison.