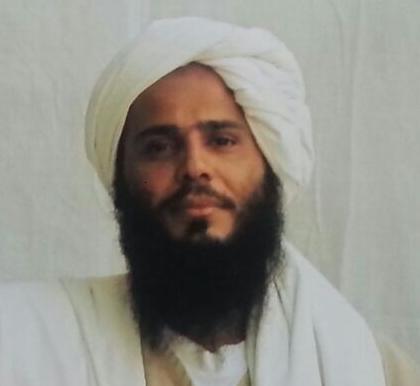 Ghaleb Nasser Al-Bihani is a Yemeni citizen who was born in 1979 in Tabuk, Saudi Arabia. In early 2002, Ghaleb was transferred to Guantánamo, where he spent fifteen years detained without charge until his transfer to Oman in January 2017.

Ghaleb was imprisoned for more 15 years on the basis of allegations that in 2001 he was an assistant cook for Arab forces supporting the Taliban in an Afghan conflict against the Northern Alliance before 9/11. The group later disbanded. The D.C. District Court upheld his indefinite detention on this basis, and the D.C. Court of Appeals affirmed in an infamous opinion that initially disavowed the relevance of the laws of war in determining the scope of the government’s detention authority. His legal challenge ended in April 2011 when the Supreme Court refused to grant his request for his case to be heard.

In September 2013, Ghaleb received notification that his status would be reviewed by President Obama’s new Periodic Review Board (PRB), which is tasked with determining whether detainees may be approved for transfer. He was the fourth Guantanamo detainee to be reviewed under the process, and appeared before the Board on April 8, 2014. In May 2014, the Obama administration approved Ghaleb for transfer from Guantánamo, determining that his continued detention is unnecessary, finding “credible [his] commitment to building a peaceful life.”

"All I think about is the day my freedom will be given back to me, for it will be the day of my re-birth. I want to become a father and hold my baby in my arms, and provide for my family and to my child. I want these people whom I never met to know that I am a human being just like them and I deserve to get a chance just like they do."

Despite dealing with serious health problems and the emotional toll of well over a decade of indefinite detention, Ghaleb endeavored to educate himself and learn skills to prepare for life after Guantánamo. He requested dozens of books and biographies over the years. “I want to learn about other people’s lives and the circumstances they faced, and how they were able to overcome their difficulties and move on with their lives,” he wrote in a personal statement. He learned English and Spanish, developed his GED proficiency, educated himself about his diabetes, and tried to cope with his anxiety and depression through exercise and yoga. In the last few years of his detention, Ghaleb created an incredible collection of over one hundred paintings and drawings. Art was an expression of his hope for release. Ghaleb talked for years of his hopes for a new life, ideally in a new country. He wants to become a father and start a family of his own, pursue his education and a career, and care for his health: “I lost both my parents as a young boy, and it was hard growing up without a mother or father. I want to be in a position where I can give my children the guidance that I did not have.”

Representing a Yemeni citizen held without charge at Guantanamo 2002 - 2016.

Pacifist yogi or al-Qaida threat? Guantánamo parole board to decide

...Bihani has never been charged with a crime and is the youngest of seven sons to join the jihad in Afghanistan. Now, as the U.S. is extricating itself from Afghanistan, Bihani wants out of...