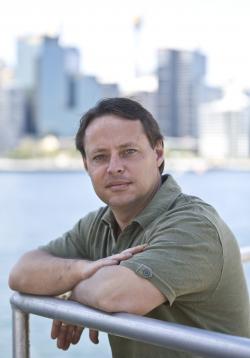 David Hicks is an Australian citizen and one of the first men detained at Guantánamo Bay after 9/11. During the five and a half years he spent at Guantánamo, he was subjected to some of the worst physical and psychological abuses known to have been practiced inside the prison, practices which the United Nations, the International Committee of the Red Cross, and the international community have unanimously decried as torture. For over two years, he had no access to a court or attorney, and no reliable contact with the outside world.

The ordeal David Hicks went through in his five and a half years at Guantánamo illuminates many of the most fundamental flaws with Guantánamo and the military commissions. Hicks was born in 1975 and grew up in Adelaide, South Australia. As a young man dissatisfied with his surroundings, Hicks converted to Islam and left his homeland at the age of 23 to travel around the world. His travels eventually took him to Afghanistan, where, shortly after 9/11, he was captured by the Northern Alliance and sold to U.S. forces. After weeks of interrogation and beatings by the U.S. military, Hicks was sent to the newly-opened detention center at Guantánamo Bay, Cuba, to be detained indefinitely and incommunicado.

Hicks was first sent to Camp X-Ray, the infamous open-air detention facility at Guantánamo, where he was held in a 64-square-foot wire cage fully exposed to the elements, interrogated more than 50 times, and subject to sleep-deprivation for up to two weeks. The interrogations continued throughout his five and a half years at the prison camp, and regularly involved physical violence and threats designed to break down his will and destroy any hope of release. One often-used interrogation technique involved short-shackling him to the floor of an interrogation room and leaving him there for hours on end, up to an entire day, while subjecting him to extreme heat and extreme cold. Hicks was also placed in solitary confinement for prolonged periods of time. He spent sixteen months inside a room in Camp Delta without access to natural light, completely isolated from other prisoners. For eight of those months, he was not allowed outside to see the sun. In Camp 5, the lights were kept on inside his cell 24 hours a day, and he spent months in sleep-deprived agony. Throughout his stay at Guantánamo, Hicks was regularly stripped naked, beaten, threatened with deadly violence, psychologically manipulated, and injected with drugs against his will. The abuse, combined with the psychological torment of not knowing if he would ever leave the prison, was nearly unbearable. Hicks became deeply depressed and at times contemplated committing suicide.

In early 2002, at the request of the Hicks family, CCR and co-counsel Joseph Margulies filed a habeas petition in federal court challenging the government’s authority to detain men at Guantánamo indefinitely and without due process of law. The D.C. District Court dismissed this petition, and the Court of Appeals for the D.C. Circuit affirmed the dismissal in 2003. A year later, CCR appealed Hicks’s case – which was consolidated with several other habeas petitions – to the Supreme Court, and won. In the landmark ruling Rasul v. Bush, the Court held for the first time that individuals detained at Guantánamo must be given the right to challenge their detention through a habeas corpus petition in a federal court before a federal judge. Despite this ruling, the U.S. government refused to release Hicks and, instead, charged him in the first iteration of post-9/11 military commissions.

In June of 2006, before Hick’s commissions case could proceed, the Supreme Court again stepped in, ruling in Hamdan v. Rumsfeld (“Hamdan I”) that the commission system that President Bush had created by executive order (which among other problematic features permitted as evidence statements made under torture) violated the Uniform Code of Military Justice and the Geneva Conventions. As a result of that ruling, that commission system was abolished and the initial charges against Hicks were dismissed.

These landmark rulings should have marked the end of this flawed and illegitimate process, but the U.S. government again attempted to fashion from scratch an ad hoc system of justice for prisoners at Guantánamo. In 2006, four months after the Hamdan I decision, Congress passed the Military Commissions Act (MCA) setting up new (but still inadequate and unlawful) commission procedures for trying individuals held at Guantánamo. In addition, the MCA declared that certain acts that had never before been violations of the international law of war would now be considered war crimes, including “providing material support for terrorism.” This is how broad material support convictions like those of Hicks first became a "war crime.” In February 2007, Hicks was charged under this this novel crime for his alleged actions prior to September 11th.

Before Hicks could be tried under the new regime, however, the U.S. government, in response to mounting international scrutiny and pressure from the Australian public to return its citizen, quickly offered him a plea deal that would allow him to go home to Australia. Desperate to leave Guantánamo and escape the torture he had been subjected to for over five years, Hicks accepted the offer and pled guilty to a single “material support” violation in exchange for a sentence of seven years’ imprisonment in Australia and a year-long “gag” order that prohibited him from talking about Guantánamo. Under the agreement, all but nine months of his prison term would be suspended, meaning the gag order would last longer than his time in prison, and thereby ensure that revelations about his torture and criticisms of the Australian government’s failure to bring him home earlier would not undercut Prime Minister John Howard’s reelection efforts.

Hicks returned home to Australia on May 20, 2007, and was freed from prison in Australia on December 29, 2007. Since then, he has spoken candidly about his time at Guantánamo and written eloquently about his harrowing experience at the hands of the U.S. military. On February 12, 2014, the U.S. Court of Military Commission Review issued a decision vacating Hicks's conviction. See Hicks v. United States.