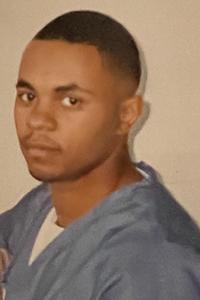 Charles Watts is a 51-year-old Black man on whose behalf the Center for Constitutional Rights filed a motion for “compassionate release” in federal court on November 9, 2021. Mr. Watts was arrested in 1992 for robberies he committed when he was 20 years old. Although he was a first-time offender whose crimes caused no physical injury, he received a 92-year  “stacked”  prison sentence due to a law that Congress has since amended. If he were convicted today of the same crimes, he would receive a prison sentence of about 25 years. He has already served almost 30 years.

A provision in the 2018 First Step Act exempts first-time offenders from the “stacking rule,” but the reform is not retroactive, so Mr. Watts remains in federal prison in Pennsylvania, scheduled for release when he is 115 years old. He is essentially sentenced to die in prison. Adding to the urgency of his plight is the COVID pandemic. Charles has sarcoidosis, a condition that affects the lungs and that puts him at high risk of suffering life-threatening consequences should he contract COVID. Prisons have been notoriously bad at providing necessary protection from the viruses, and corrections officers are among the least vaccinated groups.

Mr. Watts has evolved from a struggling young man into a thoughtful, caring, and responsible  adult who mentors younger men in prison and has earned the admiration of his own children. For his growth, he credits commitment to his Chrsitian faith and the influence of other incarcerated men who are also trying to change their lives.

“When I came to prison, I was a naive young kid without a clue as to how life should be,” he says in a letter to the judge. “But during that time I had a chance to find my true self and really see who I was and I liked that person much better.”

Charles Watts was born on February 11, 1970, in Brooklyn, New York. His parents’ divorce in 1986 caused great emotional turmoil and economic hardship for him, his three siblings, and his mother, who was disabled and reliant on a wheelchair. “I’m not trying to make excuses,” he says, “but I do believe that if my father had stayed and raised me I would have never come to prison.” Shouldering the responsibility of caring for his mother and helping to support his family, Charles dropped out of school when he was 17 and picked up odd jobs. Eventually, determined to relieve the grinding financial burden of his family, he teamed up with a childhood friend to commit a string of robberies using unloaded guns. “It was never my intention to hurt anyone,” Charles said.

It was, however, his possession of a gun during the robberies that led to increased punishment under a law, Section 924c, passed in 1968. Over the years, the “tough-on-crime” climate had grown only “tougher,” and Congress had amended the law to mandate even harsher sentences. Although the judge referred to Charles’s “tender young years,” he sentenced him to a mandatory minimum term for each of five 924(c)-related offenses on top of 87 months for robbery, totalling 92 years, and the “stacking rule” requires him to serve them consecutively. It is effectively a Death-by-Incarceration sentence.

Rehabilitation is an enormous challenge in prison, but Charles embraced it a few years into his sentence. He cites his mother’s death in 1997 as a turning point. Unable to say goodbye or attend her funeral, he felt viscerally the impact of his mistakes and committed to changing his life. An important step, he says, was to stop “pointing the finger” at others. “I finally woke up and realized that a real man would stop blaming other people and step up and take responsibility for his own actions.” Charles’s older sister Evelyn, who describes him as her “best friend in the world,” has pledged to house her brother and otherwise support him if he is released. The arrangement would also be of great help to her, she says, because she has a disability.

Charles has three children; two were very young when he went to prison, and one was born after he was already there. “Even from afar I can honestly say my father is one of my greatest inspirations...” says his son, Daevon Baker. “Now that I have a son it’s more important than ever that my father be here in our lives.”