The Story of Ahmed and Aisha's Family

Update: shortly after the Center for Constitutional Rights filed the lawsuit on behalf of Ahmed, the U.S. State Department gave his wife, Aisha, a visa. The Mohammed family was reunited in March 2019.

Following in the footsteps of his grandfather and father, Ahmed Mohammed came to the United States from Yemen when he was just 19 years old. He graduated from Vaughn College with an Associate’s Degree in Aircraft Maintenance and works in graphic design. Ahmed's family was impacted by Trump's Muslim Ban, which separated him and his 4-year-old daughter, Areg, from his wife, Aisha, and their baby who were stranded in Djibouti. Ahmed is a plaintiff in Alobahy v. Trump.

“It’s a nightmare. We really don’t have a life or stability because of the Muslim Ban.” 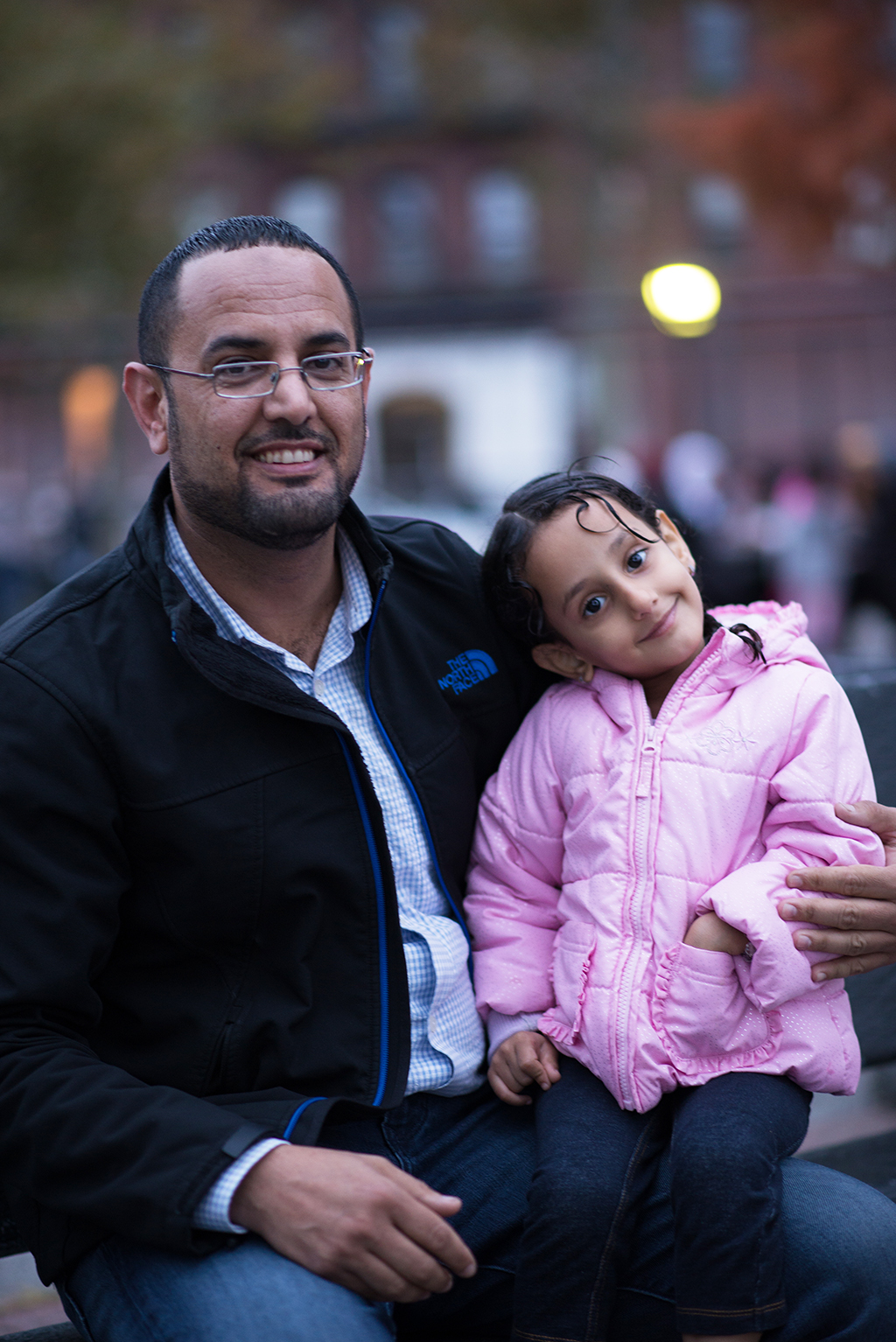 Ahmed petitioned for a visa for his mother, wife, and daughter in early 2016. He had an interview in Djibouti scheduled for July 2016, but it was impossible for him and his family to leave Yemen in time because of the war. The embassy rescheduled his appointment for a few months later. Ahmed describes this journey as one of the worst and most difficult trips of his life. He travelled with his 3-year-old daughter, his 70-year-old mother and his pregnant wife through mountains between Taiz and Aden, Sudan and Djibouti.

The family arrived in Djibouti for their interview in October 2017. At the interview, they were told their visas were approved, and that they needed to wait for them to be printed. Days after the interview, Ahmed’s mother and daughter were given their visas, but Aisha’s never arrived. Ahmed waited in Djibouti for approximately six months with Aisha, but was then forced to bring his mother and daughter to the U.S. before their visas expired. Weeks later, Aisha gave birth to their second child, Aryam. Ahmed was not  able to meet his baby, and Aisha was raising her on her own, in a country where she had no community support.

In February 2018, Aisha was unlawfully denied her visa because of the Muslim Ban.

“We should be together because I did the immigration process and I got approval for my family’s visas from the embassy in Djibouti,” Ahmed said. “Being apart from her, and watching my daughter Areg miss her mom - it’s more than I can handle.”

Ahmed’s daughter Areg was living with his mother and his brother’s family, because Ahmed couldn't take care of her while also working full time. Ahmed was paying three rents: supporting his brother with rent and expenses for his daughter and paying rent for himself and for his wife in Djibouti. In 2018, Ahmed underwent two kidney-stone removal surgeries and could barely keep up with the costs.

Ahmed spent $40,000, all of his savings, to support his family in Djibouti because of the high cost of living there. Because he needed to keep working, he couldn't afford to make the trip to Yemen to see his wife and baby. “My wife is the most important part of my family,” Ahmed said. “She’s the only one who can help me to focus on my dreams and reach success in my life.”

Throughout his ordeal, Ahmed maintained hope:

“We are very confident about the justice in this country. There are a lot of people who will help us and stand with us until the very end. We still live that dream. I’m very sure one day I will hug both of my daughters and kiss them, and we will live our life like other people.”