In January 2016, the UN Working Group of Experts on People of African Descent conducted a fact-finding mission to the United States. CCR co-coordinated the Working Group's visit to New York City, and also submitted an organizational submission for their consideration. Our submission highlighted a number of issues, including discriminatory and abusive policing practices; the suspicionless surveillance of Muslim communities; the racially discriminatory application of the death penalty and the use of solitary confinement in U.S. prisons, and the discriminatory hiring practices in the Fire Department of New York. 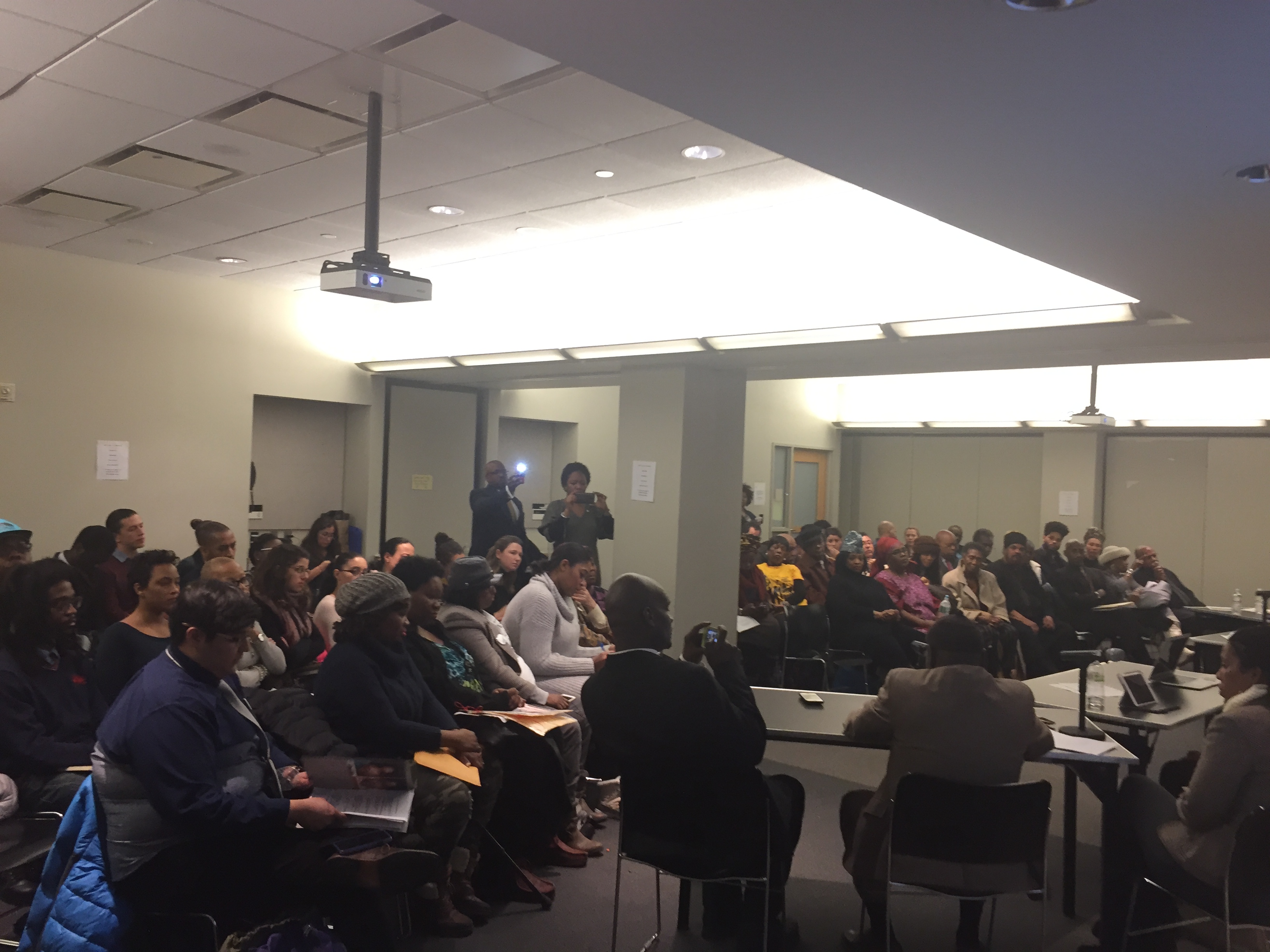 New Yorkers testify before the UN Working Group of Experts of African Descent on January 26, 2016.

Independent human rights experts regularly review whether governments are in compliance with their human rights obligations, and CCR has long engaged with them to bring attention to our areas of work and uplift the experiences of those most impacted by the U.S. government’s failures to protect and uphold human rights. We do this by submitting reports and testimony to UN treaty body commitees, as well as through lobbying and working in coalition with our partners to use opportunities like this fact-finding mission to highlight serious human rights violations.

CCR has also played a critical role during periodic reviews of the U.S. government by UN treaty bodies, including those that review U.S. compliance with the International Covenant on Civil and Political Rights (ICCPR), the Convention against Torture and Other Cruel, Inhuman or Degrading Treatment or Punishment (CAT), the Convention on the Elimination of all Forms of Racism (CERD), and during the cumulative Universal Periodic Review (UPR). CCR also advocates before the Inter-American Commission on Human Rights (the regional rights body for the western hemisphere).