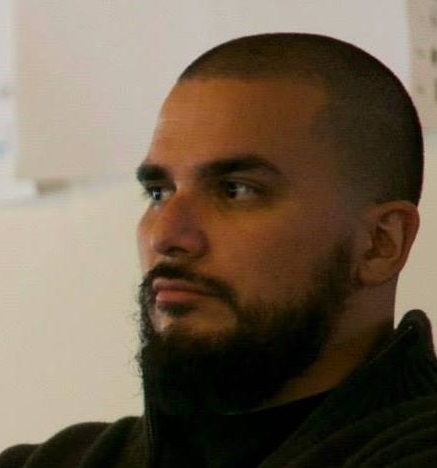 Ramon Mejía is an eighth grade social studies teacher and the Field Organizer for About Face: Veterans Against the War, an organization dedicated to building a movement of service members and veterans to tackle the root causes of war, in the knowledge that the same institutions and policies that wage wars overseas also target communities of color, indigenous people, and poor people inside of the United States. Ramon is also a founding member of #VetsVsHate, a national grassroots initiative founded by war veterans to overcome racism and bigotry.

Ramon was arrested on August 18, 2018, while engaged in non-violent protests with other Water Protectors against the Bayou Bridge Pipeline in the Atchafalaya Basin on property where he was present with the permission of co-owners, and where the pipeline company was later found by a court to have been trespassing at the time Mejía was arrested. Mejía was charged under La. R.S. 14:61 with unauthorized entry of a critical infrastructure and faces the possibility of prosecution and a sentence of up to five years in prison and a heavy fine.

Ramon resides in Biloxi, Mississippi. Economic necessity drew Ramon to enlist in the Marine Corps and participate in the initial invasion of and deployment to Dhi Qar Province, Iraq, in 2003. As a result of his experience in Iraq, he converted to Islam in 2008. As a result of Ramon’s community organizing and political activism, he was recognized as part of the ‘MPower 100–Muslim Social Justice Leaders Building Power Across the United States. He is a plaintiff in the Center for Constitutional Rights case, White Hat v. Landry.